A Brief History of Aviation Through the Years

Mankind has always been intrigued with flight. Even though the true origin of this quest to fly is a mystery, the desire behind it is clear. Mankind is born with the desire to see the world, to explore the great landscapes that have not yet been visited.

Possessing the ability to soar above the clouds enables us to reach amazing places and fast. While the first untethered human flight happened in the late 1700s, dreaming and planning for man-carrying flying machines can be traced as far back as 428 BC. Here’s a quick look at achievements in the past that have contributed to the advancements in the aviation technologies of today.

Tales of individuals attempting to fly can be found throughout many ancient cultures. Even in Greek mythology, the legend of Daedalus and Icarus can be found. This tells the story of a father and son who created wings by combining feathers and wax. Although it ended in tragedy, this story shows that men have always wanted to fly. Similar stories are found in Europe, India, and China.

In 852 AD, Armen Firman placed feathers all over his body and attached wing-like garments to his arms. Then he jumped from a tower. While his attempt was unsuccessful, his efforts slowed his descent just enough allowing him to survive.

Among the first aircraft made by man were kites. Kites were invented in China sometime in the 5th century, Kites that were capable of lifting a person were also utilized in China and Japan for military and punishment purposes. China is also attributed with inventing hot air balloons.

The time period known as the Renaissance saw an explosion of new ideas in architecture, art, music, politics, and science. Artist and inventor of this time period, Leonardo da Vinci, created the early drafts for a plausible aircraft. The parachute and the aerial screw were among his inventions. Even though his ideas were not sound scientifically, they were realistic.

The 1700s saw the beginning of the age of modern aviation and brought forth the main categories of lighter-than-air and heavier-than-air aviation.

This type of aviation refers to balloons and airships. Brothers Joseph-Michel and Jacques-Étienne Montgolfier exhibited their unmanned hot air balloon on June 4, 1783, which flew over Annonay, France. Later that year, Anne-Jean and Nicolas-Louis Robert, as well as Jacques Charles, flew their hydrogen-filled balloon unmanned over Champ de Mars, Paris.

On October 19, the Montgolfier brothers launched a tethered hot air balloon piloted by Giroud de Villette, Jean-Baptiste Réveillon and Jean-François Pilâtre de Rozier. Followed by the first untethered flight with Pilâtre de Rozier and François d’Arlandes onboard in November. It used hot air from a wood fire for lift and flew just over 5 miles in 25 minutes. Despite having enough fuel to fly further, the firewood’s embers began to burn the fabric.

Hot air balloons have a disadvantage when compared to other forms of air travel. A lack of maneuverability makes them clumsy and slow. The creation of airships, also known as dirigibles or zeppelins, addressed this issue. Hydrogen or helium gas provide the lift for Dirigibles instead of hot air. These airships were the first to travel long distances while carrying passengers.

On May 6, 1937, the infamous Zeppelin Hindenburg crashed to the ground after bursting into flames, killing 22 crewmen, 13 passengers, and a ground worker. The accident would bring the end of the airship era.

There is more than a little controversy surrounding the various claims for the title of developing the first heavier-than-air aircraft. One of the first powered flights was on October 9, 1890, French inventor Clément Ader made. This flight traveled at a height of only 20 centimeters but covered a total distance of 50 meters, which was very impressive at the time.

The most universally accepted and official date that jumpstarted modern aviation is December 17, 1903. The Wright brothers completed four flights in their Flyer, the longest lasting 59 seconds and traveling 852 feet. Combining both power and control, these flights set a new standard for aviation.

The very first passenger air travel started in Florida on January 14, 1914, taking passengers between St. Petersburg and Tampa. It only lasted for four months but paved the way for modern-day air travel.

Civil aviation saw incredible growth during the mid 1900s bringing forth revolutionary aircraft designs such as the Douglas DC-3 making air travel more accessible and comfortable for the general public.

The era of digital aviation

As computer and A.I. technology continues to advance the aviation industry has really taken off. Computer-aided design and manufacturing led to the creation of better aircraft designs and flying experience.

There are many ongoing developments in aviation, all aimed at making air travel safer, faster and more comfortable for everyone. With the help of the Internet, booking a flight has never been simpler. If seeing the world is on your bucket list, then you were born in the right generation! For more information, please contact Elevate Aviation here in Salt Lake City, Utah.

4 Verbal Callouts to Make in the Aircraft
There can be something very solidifying about speaking actions out loud. It’s common to have multiple thoughts going through…
Preventative Maintenance on Your Aircraft
If you’re in flight training, you will, at some point, need to discuss the type of preventative maintenance you can perform…
3 Aviation Careers Outside the Flight Deck
The world is taking notice of the huge shortages forecast for pilots, but the lesser told story is of the pending shortage of…
Why Aircraft Cabins Are Pressurized and How It Works
Traveling the world and taking a cross-Atlantic vacation can be a very different experience today than it was 100 years ago.…
Why Business Aviation is So Effective
Most private aircraft are owned by businesses and are chartered out for business use when they are available. Studies have…

5 Spots Left. Contact us now to secure your spot! 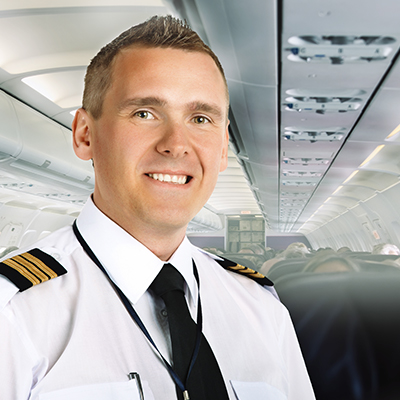