How Much Does It Cost to Become an Airline Pilot? 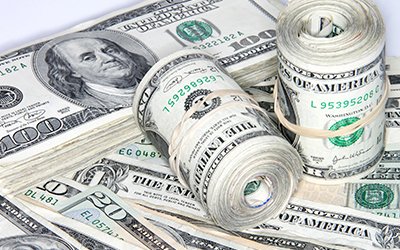 Many people grow up wanting to be a pilot. The idea of flying airplanes, traveling around the world, meeting new people, and getting paid at least six figures sounds tempting, but not everyone who dreams of becoming a pilot can fulfill their dream. One of the primary reasons why only a few people become a pilot is the cost involved.

Learning to become a pilot isn’t as simple as becoming a doctor or engineer. Pilot education isn’t limited to literature, but it involves the use of approved aviation training devices, which makes it expensive.

If you wish to be a pilot and want to know how much it costs to become an airline pilot, you’ve come to the right place.

The Cost of Becoming an Airline Pilot

The average cost of becoming an airline pilot is about $100,000. For many people in many parts of the world, this amount of money could help them buy a house. For others, a considerable amount of money can change their lives.

The average fee of a flight school is $90,000 to $100,000. This isn’t all that the student has to pay. They’re required to pay an additional $8000 to $9000 for the examination fee. Other costs include $200 at least for subscribing to various apps students will need during the course. For some people, going to pilot school means moving to another state because pilot schools are not offered in every state. This would mean an additional cost for them.

If you can afford to become a pilot, have the right skills to fly an aircraft, and are looking for a reliable place to get your pilot certificate and license, visit  Elevate Aviation and see what we’ve got to offer to aspiring aviators.

How Do I Get Access to Jet?
Flying an aircraft or jet is one of the most expensive hobbies. However, you don’t need to own a plane to fly one. Depending…
How Much Does It Cost to Become an Airline Pilot?
Learning to become a pilot isn’t as simple as becoming a doctor or engineer. Pilot education isn’t limited to literature, but…
Private Jet Management and What's Involved?
Owning a private jet isn’t anything short of a luxury. If one can afford to own a private jet, there’s every reason one…
How Long Does It Take to Become a Commercial Airline Pilot?
Whether pursuing a lifelong dream or looking for a career change, becoming a part of the commercial airline pilot industry is…
What Does an Aviation Management Company Do?
Are you new to the world of aircraft management? If so, you have come to the right place. Here is everything you need to know…