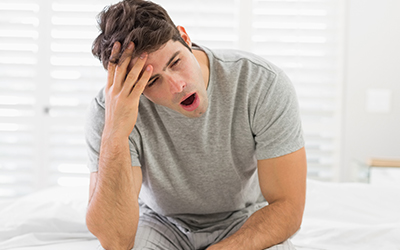 At the 1944 Chicago Convention, it was established that pilot fatigue endangers the safety of the flight. Because of this, it was decided that there should be a maximum number of working hours to prevent pilots from overworking. This was done to help assure passenger safety.

Almost 60 years later, pilot fatigue is still a major aviation safety issue. Statistics published in 2006 state that one in five pilots experiences fatigue. Around 15-20% of aviation accidents occur because of pilot fatigue.

The biggest risk of experiencing fatigue is for long-haul flight crew members. During an anonymous survey in 2012, 43% of the participants admit to accidentally falling asleep during a long-haul flight. The survey even indicated that there were some cases where both pilots had fallen asleep!

What is Pilot Fatigue?

Pilot fatigue can reduce alertness, mistaken perception of systems, and impaired decision making. Fatigue can also slow reaction time, which is essential during an emergency. The lack of concentration and attention may cause problems during critical situations.

There are a few ways to help keep pilot fatigue at bay. Take good care of your health and make sure you’re getting good rest and healthy food. Multi-Crew Course (MCC) and Crew Resource Management (CRM) trainings can help as well. According to Povilas Maknavicius, the Instructor at Baltic Aviation Academy, “During the MCC and CRM trainings pilots are being taught to communicate with other flight crew members. We encourage pilots to be honest and sociable. This would not help to avoid pilot fatigue, but it would definitely help to recognize if someone of flight crew members are experiencing one.”

The Perfect Landing in a Cirrus Aircraft
As Artificial Intelligence (AI) renders several people jobless every day, the labor market is constantly looking for new and…
Mobile Aviation with Flight Stream 510
Two of the most popular enhancements in the mobile aviation industry is the Flight Stream 510, which is a Bluetooth link that…
5 Reasons Why Cirrus Aircrafts are the Best
Becoming a licensed pilot means you get to fly different aircrafts. And if you are experienced enough, you may be able to fly…
5 Reasons to Become a Pilot
Becoming a pilot is a dream for a lot of people. It is one of the most exciting jobs and comes with some unique benefits.…
How Do I Become an Airline Pilot?
Becoming a pilot has a number of perks and benefits. A salary that is well above the average income, great health insurance…